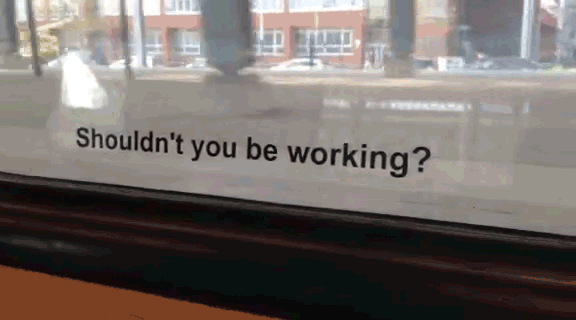 what is that we do online?

quick and dirty txt to

I love web applications that use so much memory that it makes my computer unusable.

Because part of my job is to optimize those applications. To make them run smoothly.

Their utter failure is my income.

Please keep making shitty websites? And hire me to fix them?

Through the decades, user agency meant freedom from predetermined behavior, ability to program the machine instead of programming it, decision making, cooperation, break from repetition, functional autonomy. This values and the concerns deriving from their limitation were already present since the inception of the science that propelled the development of computers. One of most present fears of Norbert Wiener, the founding father of cybernetics, was fascism. With this word he didn't refer to the charismatic type of power in place during historical dictatorships. He meant something more subtle and encompassing. For Wiener, fascism meant "the inhuman use of human beings", a predetermined world, a world without choice, a world without agency. Here's how he describes it in 1950:

> In the ant community, each worker performs its proper functions. There may be a separate caste of soldiers. Certain highly specialized individuals perform the functions of king and queen. If man were to adopt this community as a pattern, he would live in a fascist state, in which ideally each individual is conditioned from birth for his proper occupation: in which rulers are perpetually rulers, soldiers perpetually soldiers, the peasant is never more than a peasant, and the worker is doomed to be a worker.

More recently, Shan Carter and Michael Nielsen introduced the concept of "artificial intelligence augmentation", namely, the use of AI systems to augment intelligence. Instead of limiting the use of AI to "cognitive outsourcing" (_AI as an oracle, able to solve some large class of problems with better-than-human performance_), AI would be a tool for "cognitive transformation" (_changing the operations and representations we use to think_).

Alan Kay's pioneering work on interfaces was guided by the idea that the computer should be a medium rather than a vehicle, its function not pre-established (like that of the car or the television) but reformulable by the user (like in the case of paper and clay). For Kay, the computer had to be a general-purpose device. He also elaborated a notion of computer literacy which would include the ability to read the contents a medium (the tools and materials generated by others) but also the ability to write in a medium. Writing on the computer medium would not only include the production of materials, but also of tools. That is for Kay authentic computer literacy: "In print writing, the tools you generate are rhetorical; they demonstrate and convince. In computer writing, the tools you generate are processes; they simulate and *decide*."

In 1960, J. R. Licklider, anticipating one of the cores of Ivan Illich's critique, noticed how often automation meant that people would be there to help the machine rather than be helped by it. A bureaucratic "substitution of ends" would take place. In fact, automation was and is often semi-automation, thus falling short of its goal. This semi-automated scenario merely produces a "mechanically extended men". The opposite model is what Licklider called "Man-Computer Symbiosis", a truly "cooperative interaction between men and electronic computers". The Mechanically Extended Man is a behaviorist model because decisions, which precede actions, are taken by the machine. Man-Computer Symbiosis is a bit more complicated: agency seems to reside in the evolving feedback loop between user and computer. Human-computer Symbiosis would "enable men and computers to cooperate in making decisions and controlling complex situations without inflexible dependence on predetermined programs". Behavior, understood here as clerical, routinizable work would be left to computers, while creative activity, which implies various levels of decision making, would be the domain of both.

more #WIP from The User Condition >

In her essay, Olia Lialina points out that the user preexisted computers as we understand them today. The user existed in the mind of people imagining what computational machines would look like and how they would relate to humans. These people were already consciously dealing with issues of agency, action and behavior. A distinction that can be mapped to notions of action and behavior has to do with creative and repetitive thought, the latter being prone to mechanization. Such distinction can be traced back to Vannevar Bush.

so, turns out that a website's dark mode based on system-wide preference can be implemented really easy via css https://developer.mozilla.org/en-US/docs/Web/CSS/@media/prefers-color-scheme

Other than Scribus, is there any #FLOSS GUI page layout / #DTP design software?

Ideally, I would like something that works for more casual users that just need to bang up a sign or such. Or something where students or school kids could easily make a booklet or magazine. LibreOffice and Inkscape can kind of do this but it is usually a struggle against the UI for less experienced users. Electron apps etc. are fine in this case.

Paul Dourish and Christine Satchell recognize that the user is a discursive formation aimed at articulating the relationship between humans and machines. However, they consider it too narrow, as interaction does not only include forms of use, but also forms of *non-use*, such as withdrawal, disinterest, boycott, resistance, etc. With our definition of agency in mind (the ability to interrupt behavior and break automatisms), we might come to a surprising conclusion: within a certain system, the non-user is the one who possesses maximum agency, more than the standard user, the power user, and maybe even more than the hacker. To a certain extent, this shouldn't disconcert us too much, as often with the ability to refuse concides with power. Often, the very possibility of breaking a behavior or not acquiring it in the first place, betrays a certain privilege. We can think, for instance, of Big Tech CEOS that fill the agenda of their kids with activities to keep them away from social media. (2/2)

more #WIP from The User Condition >>>

We call "user" the person who operates a computer. But is "use" the most fitting category to describe such an activity? Pretty generic, isn't it? New media theorist Lev Manovich briefly argued that "user" is just a convenient term to indicate someone who can be considered, depending on the specific occasion, a player, a gamer, a musician, etc. This terminological variety derives from the fact, originally stated by computer pioneer Alan Kay, that the computer is a *metamedium*, namely, a medium capable of simulate all other media. What else can we say about the user? In *The Interface Effect* Alexander Galloway points out *en passant* that one of the main software dichotomies is that of the user versus the programmer, the latter being the one who acts and the former being the one who's acted upon. For Olia Lialina, the user condition is a reminder of the presence of a system programmed by someone else. Benjamin Bratton clarifies: "in practice, the User is not a type of creature but a category of agents; it is a position within a system without which it has no role or essential identity […] the User is both an initiator and an outcome." (1/2)

@rra @320x200 "Searching posts by their content is not enabled on this Mastodon server." did you deactivate this function for a reason?

I suspect a not insignificant amount of coding effort is simply dealing with how sloppy people are with simple things like typing in their own name. Not capitalizing, adding random spaces, etc.

I wonder if the naive way we describe a computer as a kind of "brain" makes it easy to assume that any input can be sensibly (i.e. humanly) interpreted rather than pedantically, literally (digitally) read.

His "Fable game" is a great game! Will never forget. And of course all the other design work!