'Politics are not external to technical architecture. As sites of control over technology, the decisions embedded within protocols embed values and reflect the socioeconomic and political interests of protocol developers. In a discussion about debates over Open Systems Interconnection (OSI) versus TCP/IP in Inventing the Internet, Janet Abbate notes that technical standards are often construed as neutral and therefore not historically interesting. Perceptions of neutrality derive in part from the esoteric and concealed nature of network protocols within the broader realm of information technology. As Abbate demonstrates, “The debate over network protocols illustrates how standards can be politics by other means. . . . Efforts to create formal standards bring system builders’ private technical decisions into the public realm; in this way, standards battles can bring to light unspoken assumptions and conflicts of interest. The very passion with which stakeholders contest standards decisions should alert us to the deeper meanings beneath the nuts and bolts.”

@rra
Then there is the Separation of Mechanism and Policy, which postulates that you should avoid embedding political decisions in your software by making everything user-configurable.

@rra I think we may have different definitions of politics...

@rra I'm not sure how political you can claim a design is. Sure it reflects the creators' mindsets on specific issues, but that's about as far as you can take that. You're not trying to make a statement (most of the time), you're trying to solve an issue.

@gudenau the problem definition of that issue and the acceptable solutions, to give two examples of things that constrain a design, are political though.

@gudenau @rra Everything IS political, but not equally political or political in the same way. Identifying the exact ways is the key.

@gudenau @rra Here's a short list: what the problem is, what are acceptable answers, who gets to answer, what tools they can use, how they are compensated, what architectures of support exist, how the incentives are set up... The list is probably missing a lot. 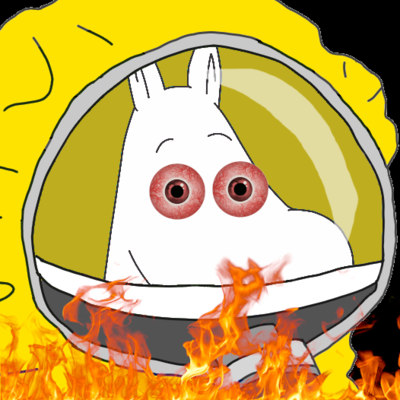 Infected Moomin   @moonman@shitposter.club
@rra Does she have some examples of politics embedded in protocol design?
1+
Jun 18, 2020, 14:32

Adrint   @adrint@shitposter.club
@moonman @rra She wasn't given a massive cash prize for existing so she deserves entry into spaces created by others.
t. Raised by BPD narc
0
Jun 18, 2020, 14:34

𝔖𝔦 𝔙𝔦𝔰 𝔓𝔞𝔠𝔢𝔪   @hardbass2k8@pleroma.soykaf.com
@moonman @rra this tbh, the only politics in tech designs are usually about blue-balled engineers trying to exercise dominance over each other by pushing their shitty ideas, without thinking about what is useful and what isn't
0
Jun 18, 2020, 14:46

@moonman yes in fact the whole book is about the politics behind the design and failed adoption of IPV6.

Infected Moomin   @moonman@shitposter.club
@rra interesting, I'll have to check it out. Usually I saw disagreements over protocol as power struggles between two market-dominant forces more than ideological. but I'm interested to see.
0
Jun 18, 2020, 20:24

@rra My impression following (and supporting) the space is that I'm decidly more concerned about the questions being asked rather than how they're answered (which is *mostly* arbitrary).

And if they're answered with dataformats rather than APIs or algorithms (not *always* doable) I don't think you can go *too* wrong.

Given this perspective I'm not sure if I could influence the W3C in the direction I want even if I could afford a membership...