Join us on a virtual tour of the NetMusicFest' exhibition! More info: https://live.networkmusicfestival.org/exhibition/

anatomiesofintelligence.github.io/ will be present at https://iclc.livecodenetwork.org/2020/ * maybe see you there?!

Call for participation is out: #AMRO20 - Of Whirlpools and Tornadoes 20th - 23rd of May 2020
Festival locations: architekturforum oö, Stadtwerkstatt, Kunstuniversität Linz

How can organisations and citizens address the weird implications of the design, mythologies and usages of the internet(s) and digital technologies in the environmental emergency? @iam_internet
— > open call: https://www.iam-internet.com/weekend#call

<- - - exhausting dance; and the movement continues --- > script & documentation for the performance — > http://interpreter.works/Chicau

'while the different conditions for consent in feminist debates represent a series of different actions, the conditions of consent to our data bodies are all expressed in one single act, which is clicking on the agree or disagree button.': https://codingrights.org/docs/ConsentToOurDataBodies.pdf

Looking forward to taking part in https://radicalnetworks.org! together with amazing people and projects @ primeproduce.coop 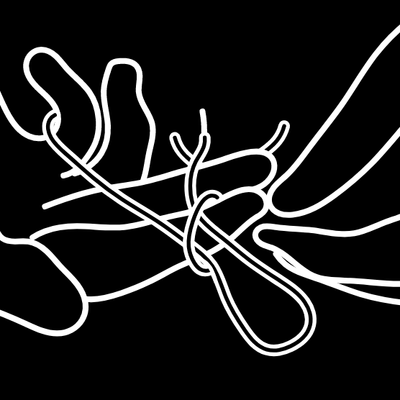 Let's continue to funnel some part of live notes to here. With #DanielBlangaGubbay who dance and codirect the KuntenFestivaldesArts "From expression to circulation
from property to use
It’s not the movement of the body, but by the body.
Dance is made of an encounter between movement and bodies.
The movement of movements between different bodies.
We have to see also the other aspect; if we make exactly the same movement now as a month ago
Does the movement exists indipendently of its appearance materialized in the movements of different bodies?
We need to imagine continuous life of the mouvement
A circulation of bodies inside the life of one movement
Dance is where the bodies occupy the movement
Bodies visualize the life of the mouvement at certain moment
'she moves, she's still alive'
But here the bodies show it’s the movement that is still alive.
which is a not-body
dance gives possibility to exceed the antropocentric vision of life"

in one week time I will performing w/ Renick Bell at WORM Rotterdam — > together with amazing artists & a workshop by Olivia Jack - - - > see details https://worm.org/production/algo-rhythms-workshop-hydra-olivia-jack/

The next edition of ICLC takes place in Limerick, Ireland from 5-7 Feb 2020 at the University of Limerick. The calls for papers, performances, exhibition and workshops is now open. We are looking forward to all your submissions! Deadline 14 Sept 2019: http://iclc.livecodenetwork.org/2020/