A non-technical person I know and care about wants to replace their perfectly good 1080p and HDMI capable TV (9 years old) with a "Smart TV". My heart is bleeding on multiple levels. Any of you have advice on what device/setup I can suggest to them that would allow them to get shiny internet content on their old TV? I just tested a raspi 4 here (with raspi OS), and it's soo close to a great alternative ... but it also randomly tears and stutters on 1080p video ... as such I have a hard time suggesting this, given I wouldn't want to watch like that myself. Would be super thankful for any ideas! <3

@joen Hey thanks! I love how this provides a more casual interface, but does it really fix the stuttering? Right now my impression is that the pi just can't provide reliable 1080p30 decoding at constant framerates, essentially making this a hardware, not a software problem? 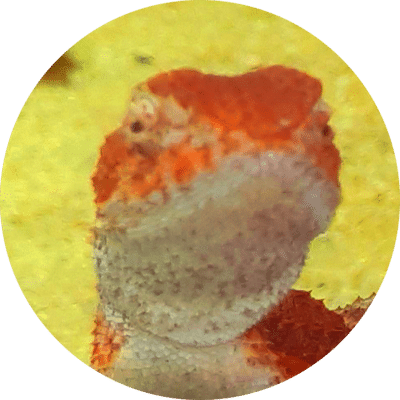 @freebliss
A raspi 4 should be basically fine. Sounds like a bandwidth issue. Or too low Ram for caching.
@joen

@freebliss
@Billie
As far as I remember all pi4 models should support up to 4K video. Are you playing back directly from the SD card. I have had some issues with "slow" ones.

@joen @Billie I was playing back (already buffered) video in the browser (media.ccc.de, youtube, etc.). As I've meanwhile tried out kodi via LibreELEC and it does in fact play 1080p material smoothly I guess it boils down to problems with hardware acceleration for decoding in the browser in raspi OS (i.e. not happening, or not correctly). I'm tempted to bash my head against trying to fix this though, as kodi also comes with its own annoying set of problems (different problems for each media source in fact, some of which even after solving will probably (re-)appear in the future again randomly, not an encouraging outlook).

utzer   @utzer@social.yl.ms
@freebliss maybe the replacement makes sense engery wise, those older TV might have used much more power. Not sure, but also worth checking and taking into account. Otherwise a FireTV Stick give pretty much that smart TV things most people look for. Otherwise as suggested Kodi is nice, but it could be better to use
libreelec.tv/ instead of Raspbian, it is a lighter Linux which incorporates Kodi fully. I also just learned there is #Android apps that can be used as remote. I would suggest having a look at this anyway.
1
Jan 12, 2021, 22:24

@utzer Great points! They mentioned that the TV is not super efficient (not in detail though), i right away assumed production energy and resources for a new one would still exceed this anyhow, but maybe i should reconsider this after all, thanks for making me aware! I'm trying out LibreELEC right now, it's quite intriguing and it does in fact offer reliable 1080p playback - great! There seems to be quite some involved technical extra work involved for some of the big media services (youtube, netflix et al) with kodi, but one can't have everything. Somehow the perspective of kodi offering dozens of great indie media catalogues out of the box and mainstream stuff with extra work vs. closed "smart tv" platforms offering mainstream stuff out of the box (until planned obsolescene kicks in ...) and indie stuff probably not at all, gives me the feeling that it's alright just like that. Thanks for taking the time to share your advice, appreciate it!

utzer   @utzer@social.yl.ms
@freebliss I just flashed my micro SD last days, but didn't find the time jet to test it. Hope to do so on Friday.

@utzer Don't know yet if i will test netflix (3rd party add-on), but if i do i'll let you know for sure! Youtube was basically the first "roadblock" of sorts i hit - although the add-on comes with kodi one needs to set up an API key connected to a google account to use it, which is one the one hand an annoying procedure and on the other super awkward: You install the free and open media center alternative ... and then you end up manually wiring up google tracking in order to watch the one platform you probably just cannot get around not watching things on ... Meh. :)

@freebliss @utzer Kodi runs on all sorts of computers, it doesn't always have to be a raspberry pi. You could use an old laptop or desktop computer. 1080p x264 video playback causes less 10% system load on old ivy-bridge intel machines with hd4000 graphsics...

@uniq @utzer that's a good point, more than enough old computers around on the market and that actually reuses resources compared to buying new computers (however tiny) 👍

@freebliss @uniq @utzer I've Kodi (or more precisely libreelec) running on some 2007 or so Mac Mini because its small and has a DVD drive..

I would never, never, never connect a TV to the internet. Everything you do/watch on it will be sent to Goolge as well as the Manufacturer, it can pose a big security problem in your home network and some of them even have cameras and microphones.

Raspi 4 is fine. LibreElec and Kodi are a big recommendation from my side.

@freebliss
And if you want easy access to commercial streaming services, just get one of these cheap Android sticks. At least they don't film you in your living room and you can also unplug them.

@AndiS Sounds pragamatic :) Do you mean that as in "Connecting the stick to the device that normally runs (e.g.) LibreELEC and booting into the live OS that's on there" ?

@freebliss
No, LibreElec on the Raspi, the Andoid Stick directly into the TV's HDMI Port.

If they only want to use Streaming Services, you can even remove the Raspi. The device will still spy on you, but at least it is feasible to unplug it.

Costs about 50 € and does in principle what Smart TVs do.

@AndiS ah got it, I had no idea there were HDMI sticks :D

And if you really feel adventurous, you can try to install Android Kodi on an HDMI Stick. Have not tested that yet, but might we worth a try.

@AndiS Thanks! Those are precisely some of the reasons why I want to offer them an alternative :) (in addition to reducing hardware waste and avoiding product obsolence when the manufacturer decides to discontinue the gruesome proprietary software they shipped in a few years from now).

@freebliss I solved the same problem for myself 2 years ago with a low-mid-range Intel NUC. Everything works out of the box on Linux. It supports enough hardware accelerated video codecs to please anyone (maybe a bit tight for 4K, but I don't need that). I use it just with mpv, but such a system would be a perfect candidate for kodi. There are many NUCs around, and the Wikipedia page is a good start to figure out which chipset is in which model. Where I live they are often found second hand. RPis can be OK-ish, but you obviously need to lower a bit your expectations... You may want to try Debian's RPi images and not raspian, the performance are significantly better and I got much more stable and better GPU support out of the box. https://raspi.debian.net you can also enable the backports to get more recent firmware updates and kernel.

admin de gnusocial.net   @administrator@gnusocial.net
Just today i've tried a debian image in a rasberry 3 with graphical interface... and the result hasn't been good. I guess i'll have to fiddle a little bit (if you have tips, i'd love to hear them).
1
Jan 14, 2021, 09:59

@administrator yup I can have a look later today and tell you what worked for me.

@administrator the day was very long..... :) this is what I did for Debian arm 64 to work for me (ignore the Amiga stuff):

As you can see the needs were limited, and I only needed evilwm, so maybe I was lucky?

admin de gnusocial.net   @administrator@gnusocial.net
Thanks for returning with the info 🙂 I did all that except the changes in cmdline.txt and config.txt. I used Icewm, also very light. I'll try those tips; thanks for documenting!
0
Jan 14, 2021, 08:45

@320x200 ooh nice! thanks so much for all the pointers! already downloading the debian image, also super curious to test-drive mpv - didn't know that one yet :)