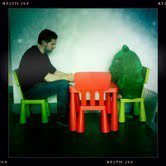 Based at Leiden University in the Netherlands & Affiliated with the Centre d'Etudes sur les Conflits (CCLS) in Paris.

One more position: part-time project manager on the SECURITY VISION project. Could be very interesting for people with experience in documentary film production. Please share! https://www.universiteitleiden.nl/vacatures/2020/q2/20-238-7425-project-manager-for-an-erc-consolidator-grant

Turns out it was user error: I had to have the target directory owned by root:root *before* invoking debootstrap (I'm fairly sure it worked with regular `mkdir` at some point in the past...).

This is so I can use `VARResults.simulate_var()`, the version of python3-statsmodels in Buster is too old to support it. VAR being vector autoregression, which I'm hoping to use for sound analysis and generation.

Hi all - I'm new here so an #introduction / #introductions is due. I'm a political sociologist working with film on matters of #security, #counterterrorism & #surveillance from a critical perspective. I'll soon be starting a new collective research and film project on the politics of #computervision in the field of security.

Based at Leiden University in the Netherlands & Affiliated with the Centre d'Etudes sur les Conflits (CCLS) in Paris.