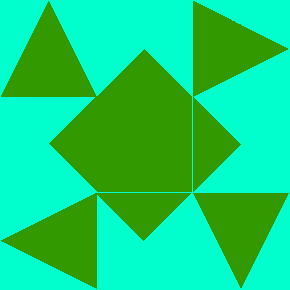 You can also look at https://shadowproof.com and there is a lot of stuff over at birdsite. Also for anyone who has reservations please read Nils Melzer interview in the exberliner https://www.exberliner.com/features/julian-assange-trial-2020/nils-melzer-assange/ I am worried but not so surprised at the lack of mainstream media attention of #Assange, but I did expect more from Mastodon.

@Midder @320x200 I think there's a lot of latent Assange hate lurking in the fediverse. A lot of og wikileaks fen in various communities changed their tune when Assange holed up in the embassy.

Yea. Don't really know where to go with that, did Assange leak stuff about Mastodon members committing war-crimes and do we have to be are a bit tetchy about that, or are our incomes reliant on favors from a hegemonic power, FFS!

Consider the negative impact of this being allowed to happen, against the positive if this is prevented. Surely this is a no-brainer, or is there a convincing reason I'm somehow missing?

The model I'm using is a generalization of infosec twitter (rockstars and otherwise), who were very pro-Wikileaks-rah-rah-rah-Julian, right up until shit got thick and Assange fled to the embassy. Then... OG Wikileaks fen started calling Julian a glory hound, he was a bastard, yadda yadda yadda.. more folks just stopped talking online about Wikileaks, but offline would say pretty much the same things, for whatever reason.

I might be completely full of it, I'll admit this up front and I"m willing to concede the point. Though some of my training is in cultural anthropology, I haven't done a formally designed and administered cultural study with respect to opinions of and orientations with respect to Wikileaks as an organization or cultural object.

Not sure you what you mean by 'OG Wikileaks fen' not familiar with the vernacular.

I still don't understand the reason, I could see how it happens but I don't understand why, and if by 'glory hound' you are referring to some kind of narcissism attribute, this is essentially an ad hominem. I have heard a lot of people even in the hacker community prefix any comment about him with, 'I don't like him but' or 'he is a bit of an arsehole'. This is actually a tactic for silencing people, it was used against Catherine Gunn.

Spend any time in most communities and you will notice there are quite a few arseholes due to a lot of reasons. The thing that separates Assange is he was willing to put his neck on the line to actually call things out, by things i mean war-crimes by very powerful people. what is happening now is a message to everyone who wants to do that, it is not going to reduce the number of assholes in the world.

Those were definitely ad hominem attacks, which seem to go over very well with a lot of folks.

I don't understand why, either. It struck me as weird.

Yeah, Julian's a bit of a dick. His history on IRC and the Cypherpunks list is well known. That doesn't mean that someone can't do good works of some kind regardless. And it is a good way of shutting people out of the conversation.

He put his neck on the line because, in a media saturated and fame-required culture, Wikileaks had very little impact until there was a name and a face to put to it.

And he is definitely being made an example of. The folks who are in the crosshairs know exactly what's going down. Everyone else... they're doing pretty much what history suggests they were going to do.

I don't know. After sleeping onit for a while, I've come to the conclusion that I probably don't know anything about this.

I'm not sure how much I actually know or how much you know but I agree with you.

I separate the people who are actually talking about this because different groups will have different pressures. Journalists, most of them, as it currently seems are scared, I think for three broad reasons; the potential precedence of the trial as an example of non-conformity, the exclusion from communication with power (I think this one is very real at the top of the MSM reasons), Social pressure from peers to being classed as unreliable/biased/untrustworthy, the peer pressure can take a number of angles, I want to talk about one, which not just effects journalists and is difficult to deal with.

I want to frame this is the context of power relationships. Consider when there is a power conflict you have a parties which is perceived as having more or less power, if someone abuses their power, through bullying... there is a visceral reaction especially amongst groups who hold ideas of justice and fairness close to heart, this causes feelings of distrust and a negative reaction.

Now thinking about this in the context of modern sexual violence, there is an inequality in power between the sexes, I agree that this is the case, men are more prone to sexual violence then women and women bear the brunt of this violence, this is not always the case but this is definitely the sizeable majority. Now going back to power relationships, we are conditioned to see the person on the weaker side of this as more trustworthy in this relationship, and I think this is rightly so. Looking at Assange and the claims of rape, it is difficult to question this without entering into this narrative on the wrong side of this power dynamic. However here is a slight of hand here, and it is pointed out, not explicitly, by Nilz Melzer in the January interview in Republic https://www.republik.ch/2020/01/31/nils-melzer-about-wikileaks-founder-julian-assange I advice everyone to read this. What he discovered was the conflict here is not between the women and Assange but the Swedish prosecutors office and Julian, this I think changes the power dynamic entirely.

Viewing the claims from these two perspectives it does create a very different reaction, it is subtle, but by treating the prosecutors office as some benign and inert force here is part of the problem, this idea I would expect from politicians, some media and sectors of the society, and I wouldn't criticise most people for falling for this, but this is where research comes in.

What I wrote above an example of subtle manipulation of how a person is perceived and there are probably other situations where Assange in a power relationship has used it questionably, hell I'd openly admit I can been a bit of a arsehole, mostly unintentionally.

To yesterday, when you had Assange, in court, stand up and demand a victim of torture is heard at his trial, where in doing so the court could remove him from the court and proceed with his trial without him doesn't seem to me to me be someone who just a punches down.